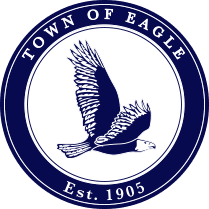 ADVISEMENT - First court appearance  where charges are read to the defendant in open court. Defendant is formally advised of his/her rights and asked, by the Judge, to enter a plea to the charge.

ARRAIGNMENT - Court proceeding when the criminal charges are read in open court to the defendant and a plea entered to the charges.

BAIL (BOND) - The release of arrested or imprisoned person when security, cash, or property is given or pledged to insure their appearance in court at a future date.

BENCH WARRANT - An order is issued by the court for a person's arrest.

BOND FORFEITURE - A court action taken against a defendant or surety for a defendant's failure to appear while on bond.

CHARGE - A charge is included in the summons and complaint and is an accusation of violation of the law.

COUNSEL - A lawyer or group of lawyers representing a client.

DISMISSAL - The final order or judgement disposing of an action without a trial of the issues involved.

DISPOSITION - A disposition is the sentencing or other final settlement of a criminal case.

JURY - A group of people sworn to hear evidence, to inquire into the facts in a legal case, and to give a decision according to their findings.

ORDINANCE - An ordinance is a law passed by a city or town law-making body.

PLAINTIFF - A person who brings a case against another in a court of law.

PLEA - A plea is the delivery, in a formal manner, of the defendant's response to the plaintiff's declaration, complaint, or to the indictment.

PLEA BARGAIN - A compromise between the defendant and the prosecution where the defendant pleads guilty to an amended or a lesser charge.

PRE-TRIAL - A pre-trial is an informal conference between the defendant and the prosecution and the court to clarify and narrow the issues and to attempt to work out a settlement.

PROSECUTOR - The lawyer who represents the government in bringing legal proceedings against a defendant.

STAY OF EXECUTION - An individual (defendant) is sentenced by the Court and the Court grants additional time to complete the sentence.

SUMMONS - A document notifying a person that an action has commenced regarding a criminal charge and requiring the person to appear before the court.

TRIAL TO THE COURT (TRIAL TO THE BENCH) - A trial held before a judge sitting without a jury.

VERDICT - The formal decision, or finding, made by the jury upon the matters or questions submitted to them.